Jade’s mission is to promote and cultivate theatre awareness and support by offering excellence in theatrical production in for our community and all the artists and technicians involved in our productions. We attempt to create a positive working atmosphere throughout the production process by giving performers and technicians in the community the chance to learn and utilize performance and theatrical technical skills in a real working situation.

Jade Productions, Inc. was organized in 1995 by Pat and Joy Demain to enhance the level of artistry in live theater productions for the Las Vegas community and thus enhance the quality of life in Southern Nevada.

Kander and Ebb’s THE WORLD GOES ‘ROUND directed by Phil Randall (professional producer).

Joined the American Association of Community Theater, ODD COUPLE (The Female Version) directed by Joy Demain, “Movable Feast”, a dance concert featuring the dancers of UNLV under the direction of Louis Kavouras and Margo Mink Colbert, and “Jim Hodge and Friends” (a Broadway review–concert style) directed by Ray Favero.

I DO! I DO! Presented at the Clark County Theatre in the Performing Arts Complex on Flamingo from March 16th through April 2nd, directed by Gary Giocomo.

I DO! I DO! was presented again (for the Summerlin audience this time) from April 20th through the 29th at Summerlin Performing Arts Center, again directed and choreographed by Gary Giocomo, music directed by Pat Demain.

The play EXTREMETIES was produced in conjunction with Teatro Angst in September at the Whitney Library Theatre. Jade Productions was on the cover of the August 11th edition of LAS VEGAS CITY LIFE, honored with a “Tony Award” for best production of the past theatre season in Las Vegas.

January and February found Jade presenting Studs Terkel’s Musical WORKING at Summerlin Performing Arts Center. We ended our season with a One Night Only “Songs of Broadway–Jade & Friends Gala Fundraiser” on March 8th Summerlin, all music directed by Pat Demain.

In June we joined forces with Super Summer Theatre and presented LI’L ABNER at Spring Mountain Ranch. The show was directed by Joy Demain, music directed by Pat Demain and choreographed by Kristin Gressley.

In October we presented the off-Broadway hit PETE ‘N KEELY at the Summerlin Library Performing Arts Center. The show was directed by its author–direct from New York–Jim Hindman. Things slowed down a bit here for Jade Productions, as president Joy Demain was treated for breast cancer.

Presented an encore TIME AFTER TIME, directed by Joy Demain, this time at the Summerlin Library Performing Arts Center.

In November we co-produced TEXARKANA WALTZ with Greenhouse Theatre Company. It was presented in CCSN’s Black Box Theatre and directed by Byron Tidwell.

Joined forces again with Spring Mountain Ranch Super Summer Theatre and sold out houses for our August production of GUYS AND DOLLS. This great show was directed by Jim Carey, music directed by Pat Demain, and co-choreographed by Kristen Gressley.

In September, in response to our theatre community’s desire to put together a show to raise funds for the Katrina Hurricane Disaster, we worked with several theatre companies and individuals to bring on “What A Relief!” Fundraiser for Katrina. Together, we raised $6300.00.

Ten Year Anniversary Gala Celebration on January 15 at Summerlin Library Performing Arts Center. Jade Productions was the official sponsor of V-Day Las Vegas 2006 on Sunday, February 12th, again at Summerlin PAC. VAGINA MONOLOGUES was presented, and we raised $4500.00 for the Las Vegas Rape Crisis Center and the World V-Day Organization. In February and March, MAME, also at Summerlin Library Performing Arts Center was presented. We received grants from Reynolds Foundation and Nevada Arts Council. On Sunday, September 30, Jade Productions joined forces with “What A Relief” and other Las Vegas theatre companies and raised funds for Make A Wish Foundation. At our Anniversary Gala in January we were hired to create and perform a similar type show for the Westside Newcomers Club at the Redrock Casino on December 13. We created “Hits of Broadway”. The show starred Tony Blosser, Joy Demain, Russ Grieve, Jennifer King, and Martha Watson. Rob Kastil directed and music directed by Pat Demain. We performed the same show on December 14 at Starbright Theatre.

TWISTED JOY DEMAIN at Starbright Theatre started out as a one woman show with music directed by Pat Demain. But the one woman wanted her friends to join her on the stage, so it became “Twisted!” 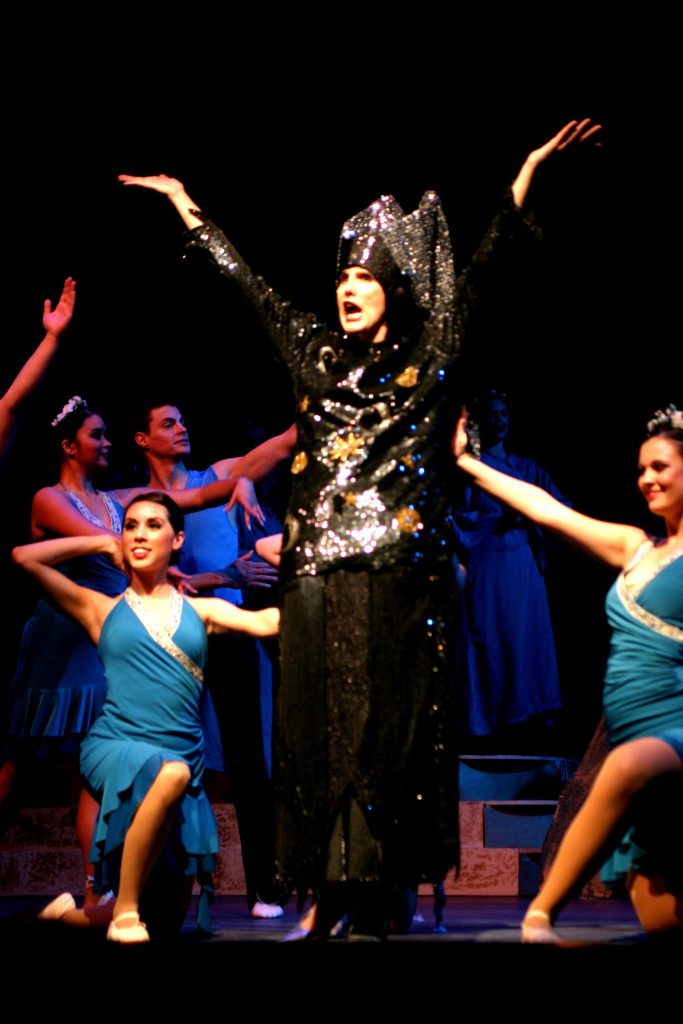 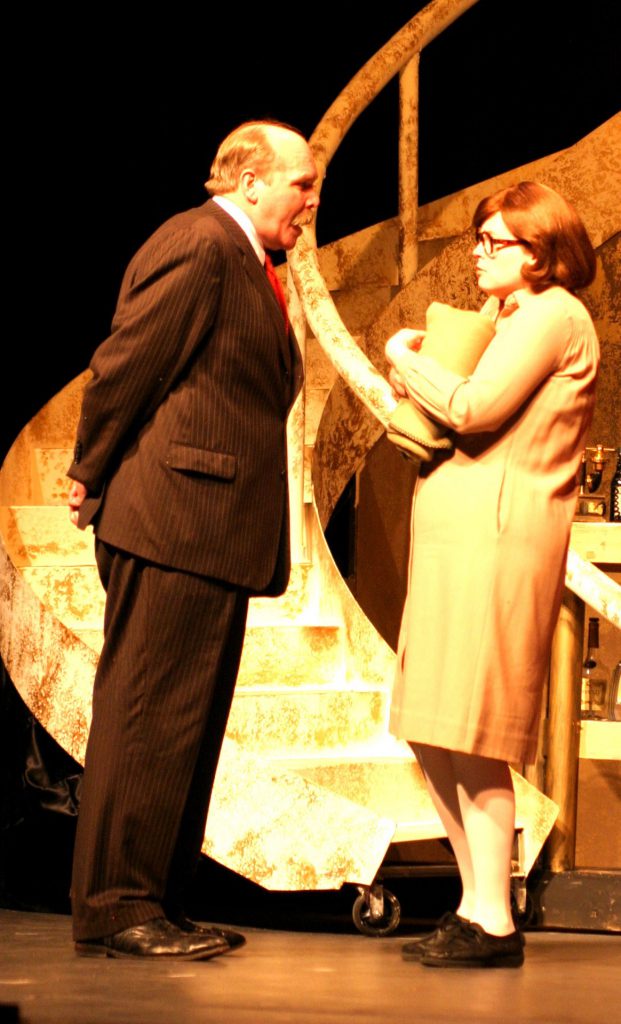 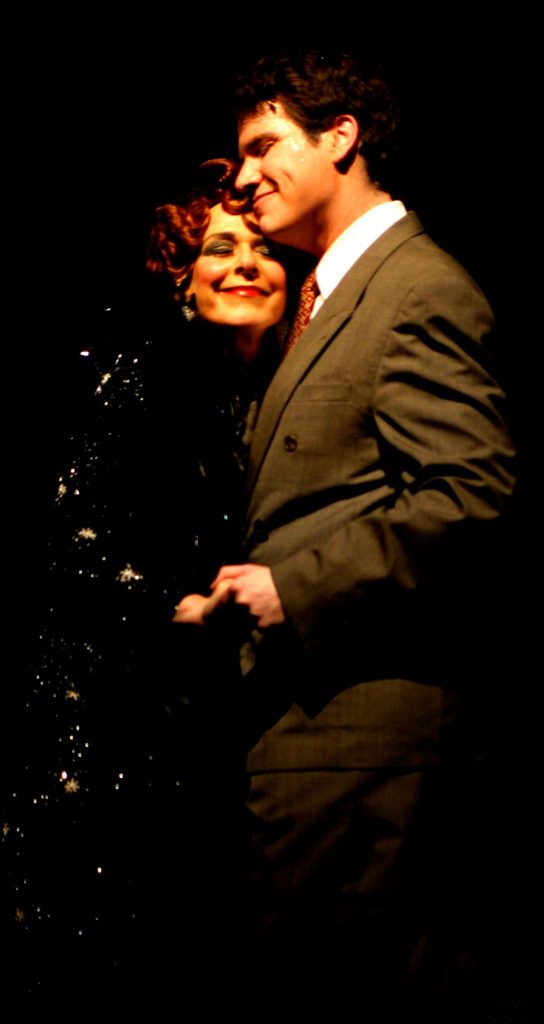 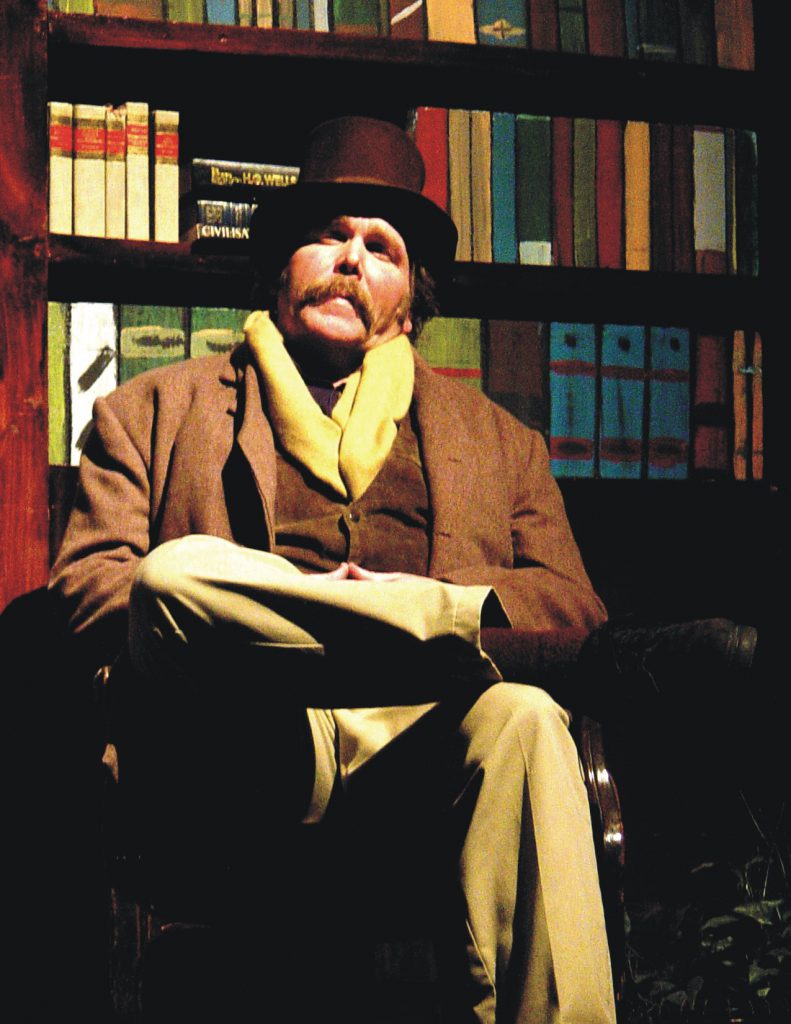 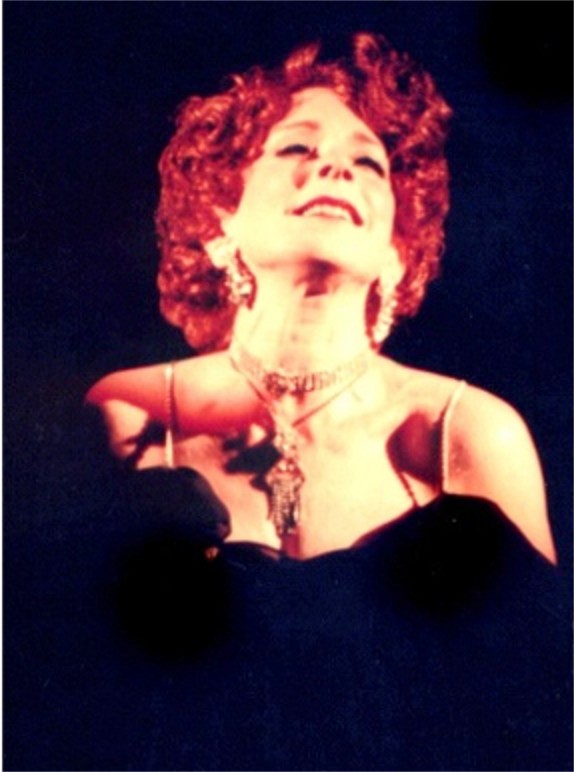 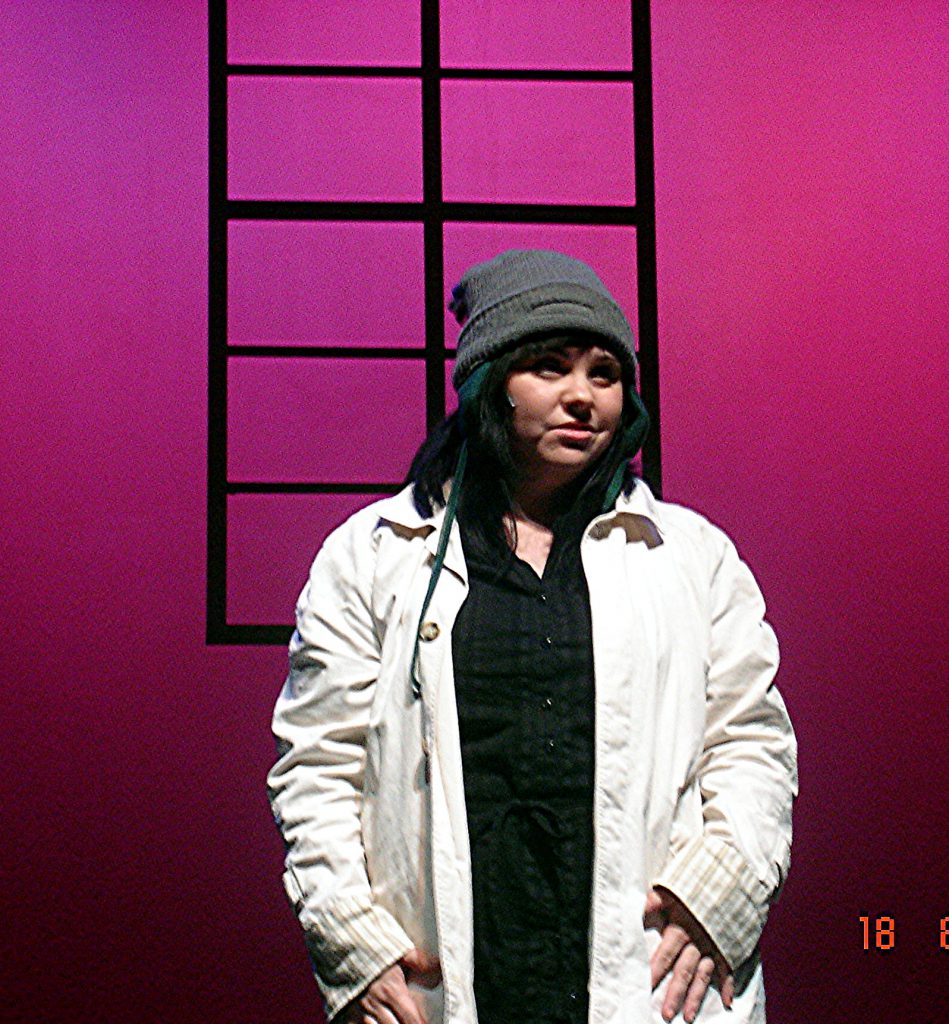 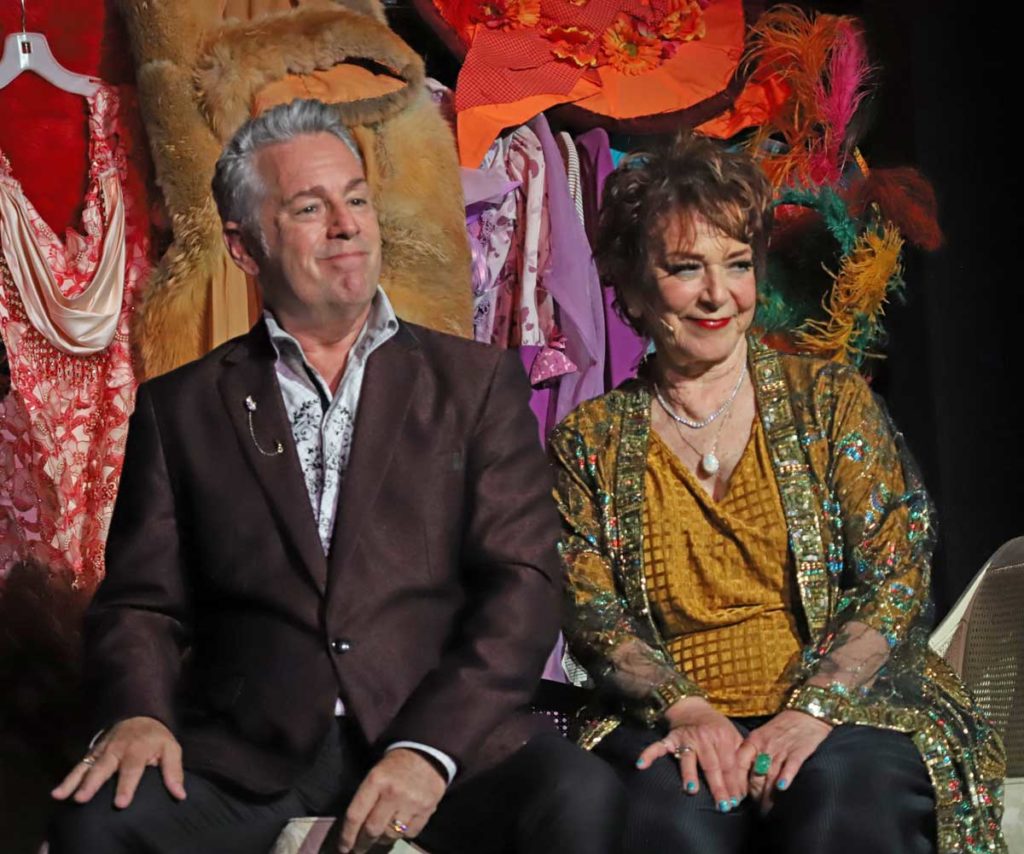 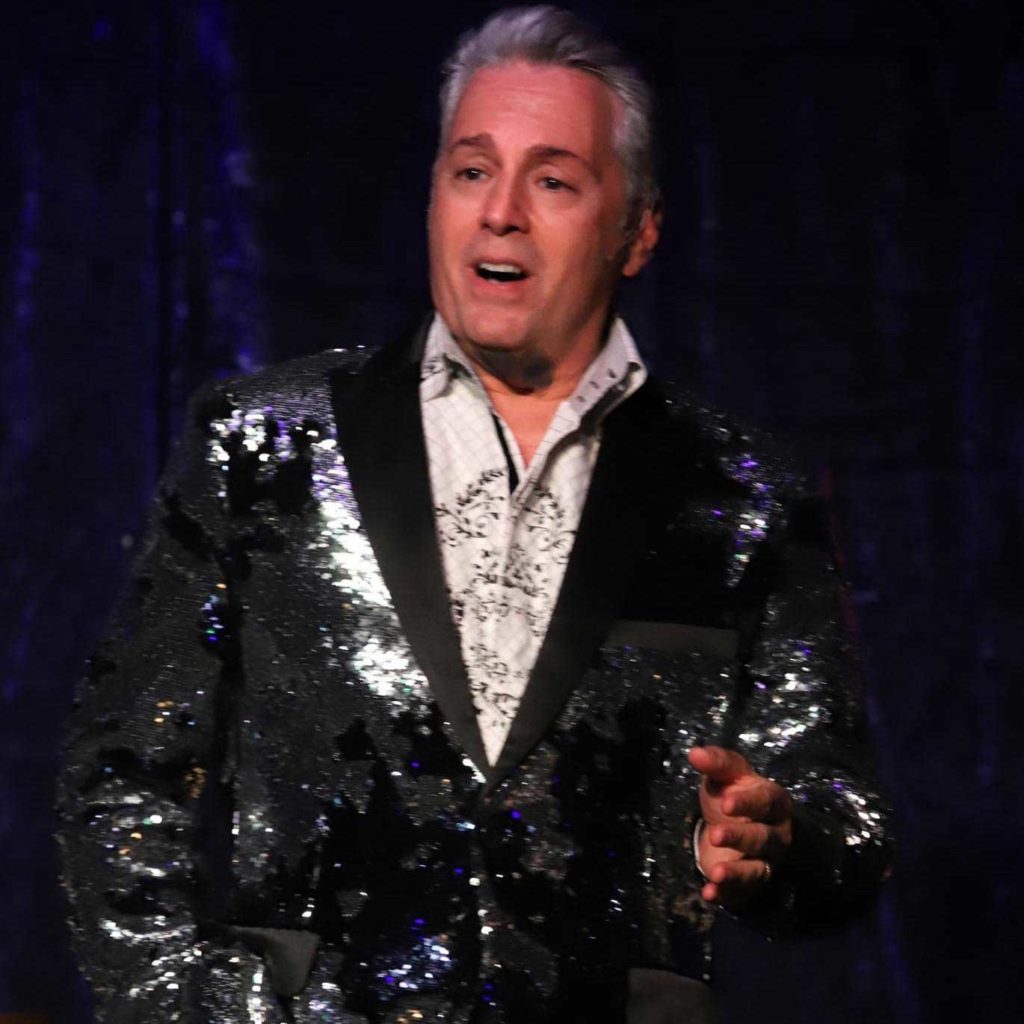 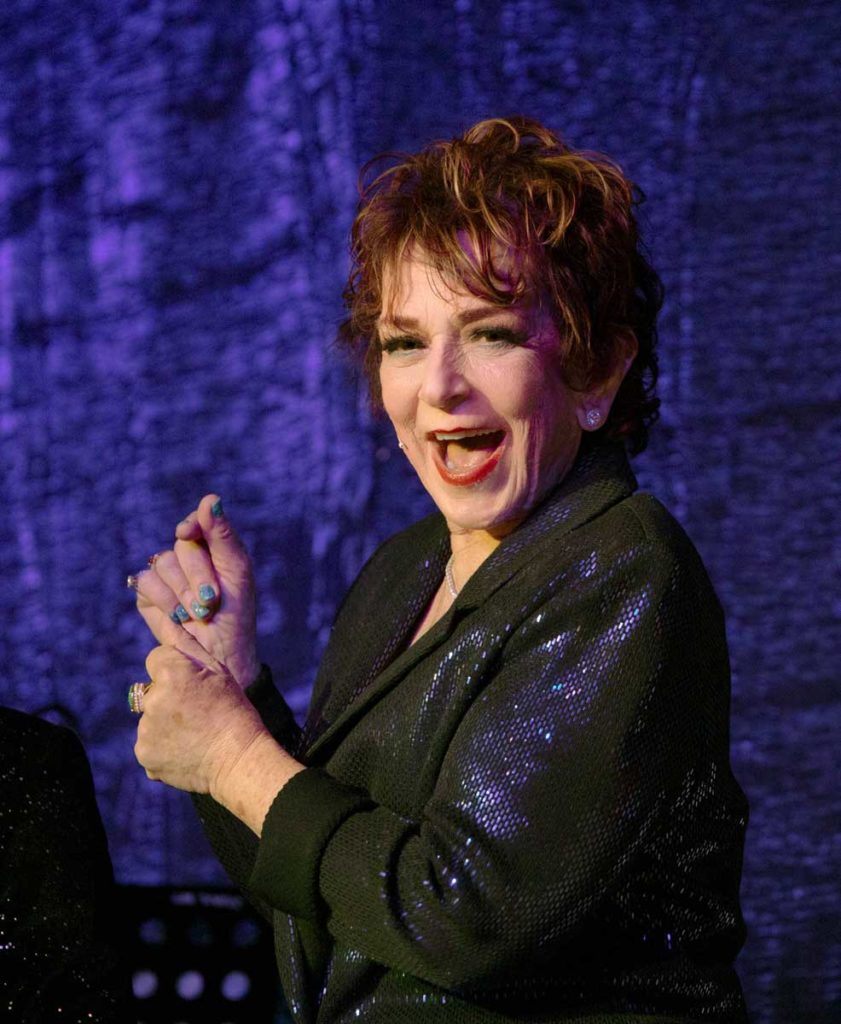 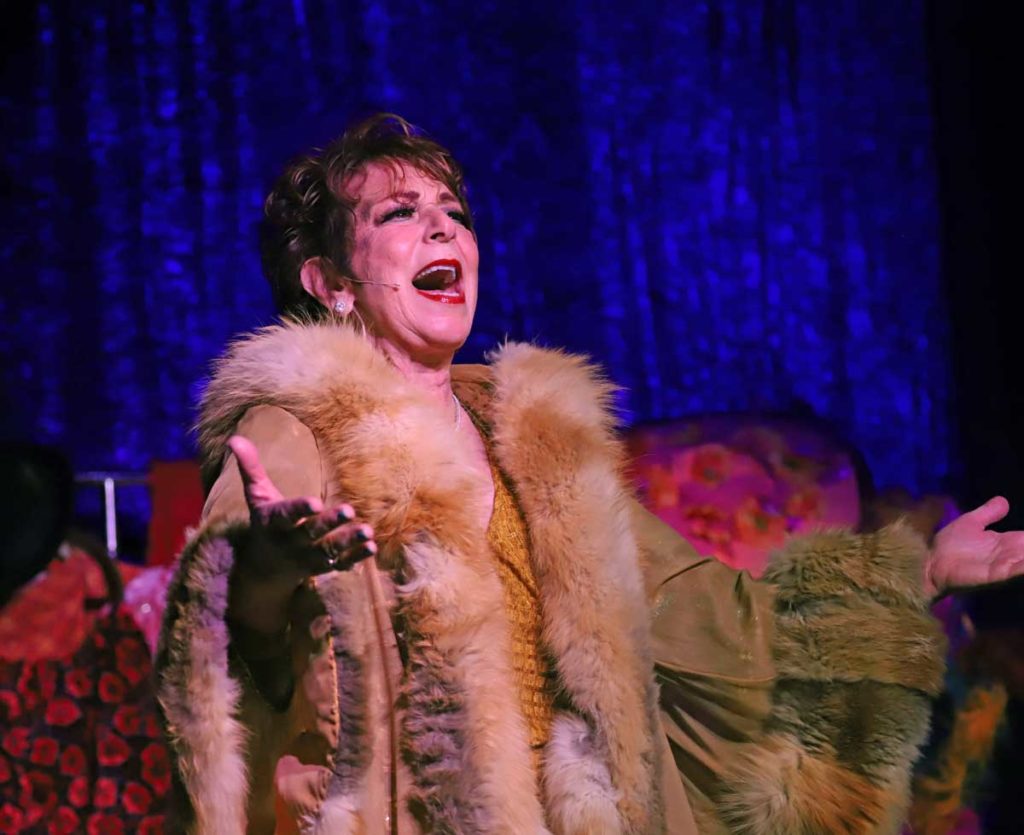 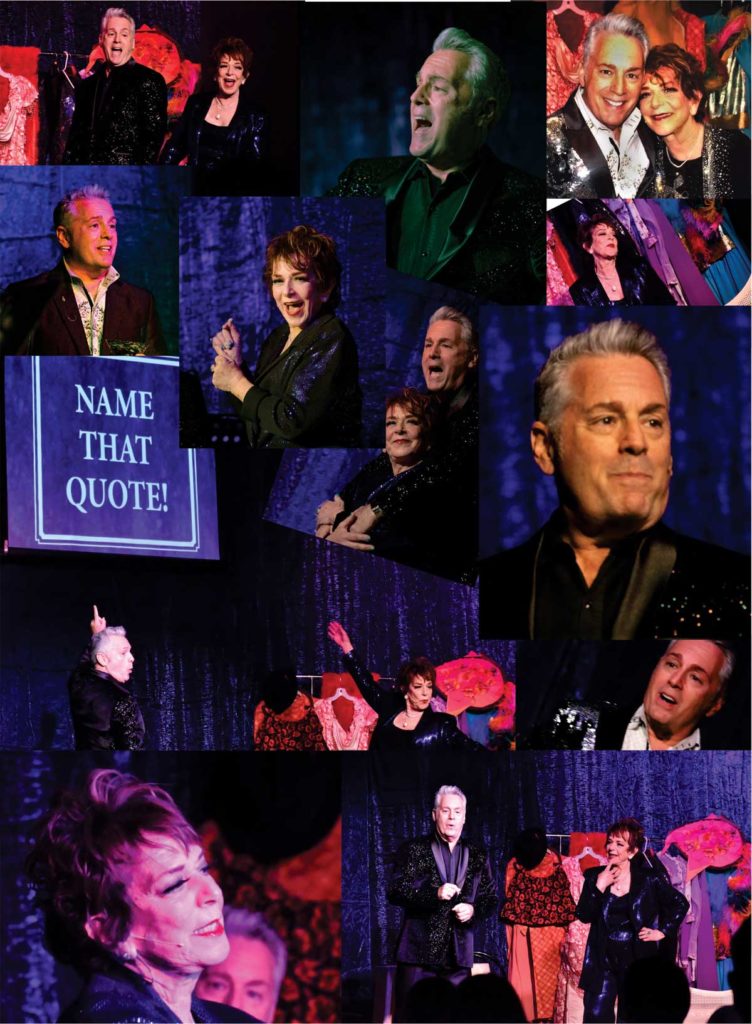